Apparently GoPro and I have different definitions of waterproof. About 19 months ago, I received a brand new in package GoPro HERO5 Black as a gift. I was so excited! I had the original GoPro Hero and said I would get an upgrade once GoPro introduced RAW into their cameras. The HERO5 Black is the first that did it, and my super wonderful partner heard me talking excitedly about it and surprised me with one for my birthday. There is a lot I like about the new GoPro (note: there is an even newer model out now, the GoPro HERO6 Black). On the HERO5, the image quality is MUCH improved over the first generation GoPro, menus are easier to navigate, the device is more intuitive, the profile is sleeker and smaller, and the voice control feature (which is something I didn’t even know I wanted) is a game changer and makes hands free operation so much easier. It also works well in colder temperatures and is easy to operate with gloves on, unlike my phone, which is the only other camera I have that fits in my pocket. Where this device fails is its ability to handle water sports.

My GoPro HERO5 Black has been submerged in water exactly twice; once at a freshwater lake last summer and once this weekend while paddleboarding. In both instances the device was submerged to a depth of no more than three feet (waist deep with a person’s head above water) in fresh water for just minutes at a time. When SUPing this weekend I noticed a large blob of water in the front LCD and immediately brought the camera to shore to dry out. Now the camera won’t turn on at all, moisture is visible inside all of the ports (which were securely shut at all times when the device was in or near the water), and the final video I have on the memory card is corrupt.


My GoPro’s dying video. As you can see, the device is clearly above water, and I’m standing in waist deep, shallow water when the device fails.

The manufacturer claims this device is waterproof to 10m (33ft) without a housing as long as the ports are securely shut. This was definitely not the case with my model, and because the one year warranty period has passed I’m pretty much out of luck when it comes to replacing or repairing my device. GoPro doesn’t do repairs, which is a tragedy for the environment especially considering that my experience is not unique and many others are probably chucking their flooded GoPros into the trash and into landfills. Customer service wasn’t very helpful, although they did offer me a standard, 20% off one time discount on any camera (that must be purchased directly through GoPro’s website and cannot be combined with any other offer). While that might seem like a nice gesture, consider that we already paid for one at full price ($400 when the device was first released, which is what we paid, they now retail for $300), I’m not interested in paying another couple hundred for a replacement with the same faulty design ($400 for the original + $240 for a replacement = $640 spent on something that doesn’t even work as advertised). Thanks, but no thanks, GoPro.

Unfortunately, I think this company has gotten too big to care about their customers anymore.

The GoPro HERO5 Black honestly isn’t a bad little camera, but GoPro shouldn’t claim it to be waterproof. I’d actually probably still recommend it if to someone if they had plans to never use it in or near water. Unfortunately, this device is not as advertised and customer service was unhelpful and unwilling to admit that their device failed nor did they make a sincere effort to rectify the situation and retain a customer. At this point, I’m pretty disappointed and have very little confidence in this company or their products.

My wet little GoPro, shown in the images below, is currently sitting in a bag of rice. I am hoping for a miracle, but have little confidence in one. If it gets resurrected from the dead, I’ll let you know. 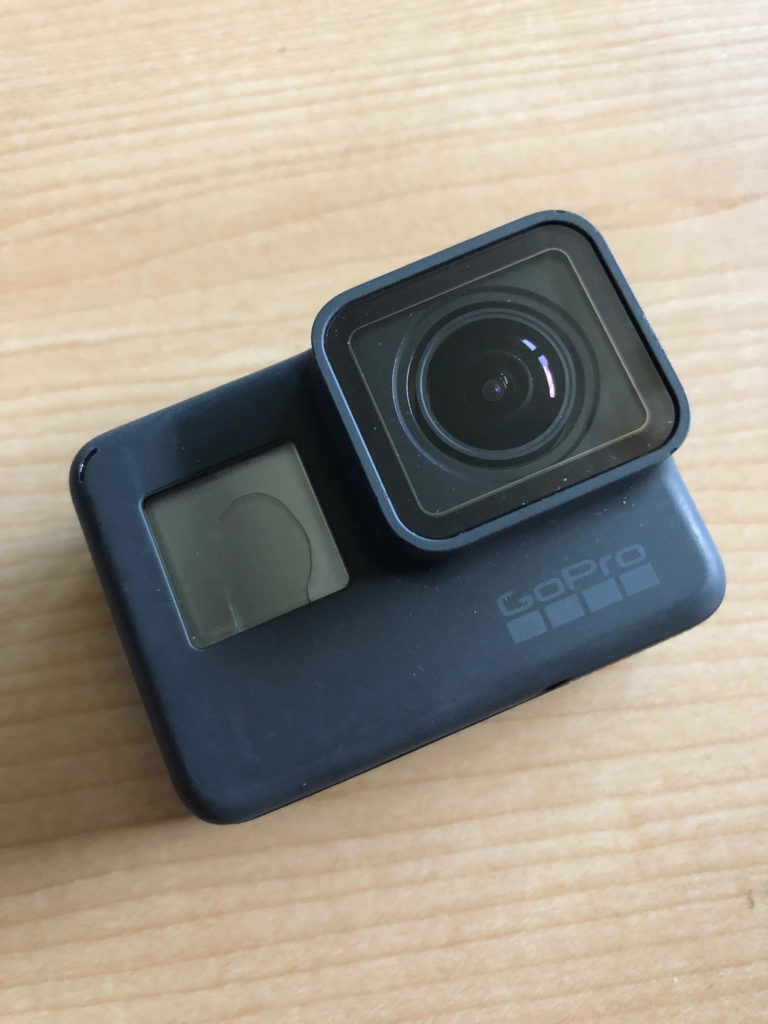 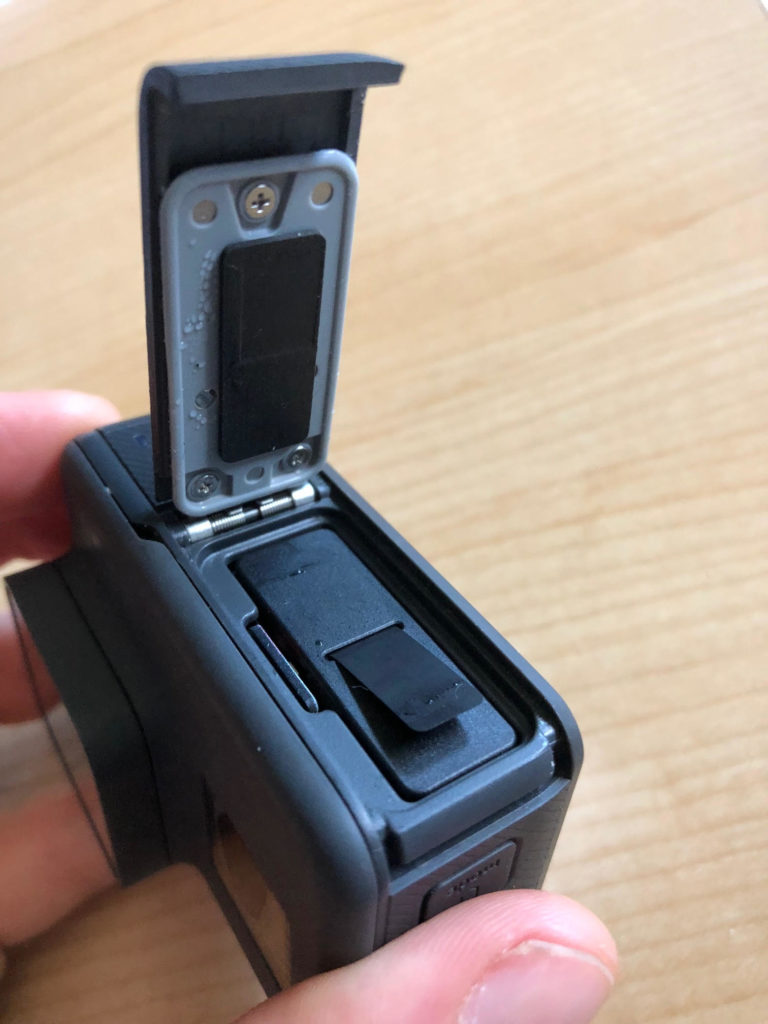 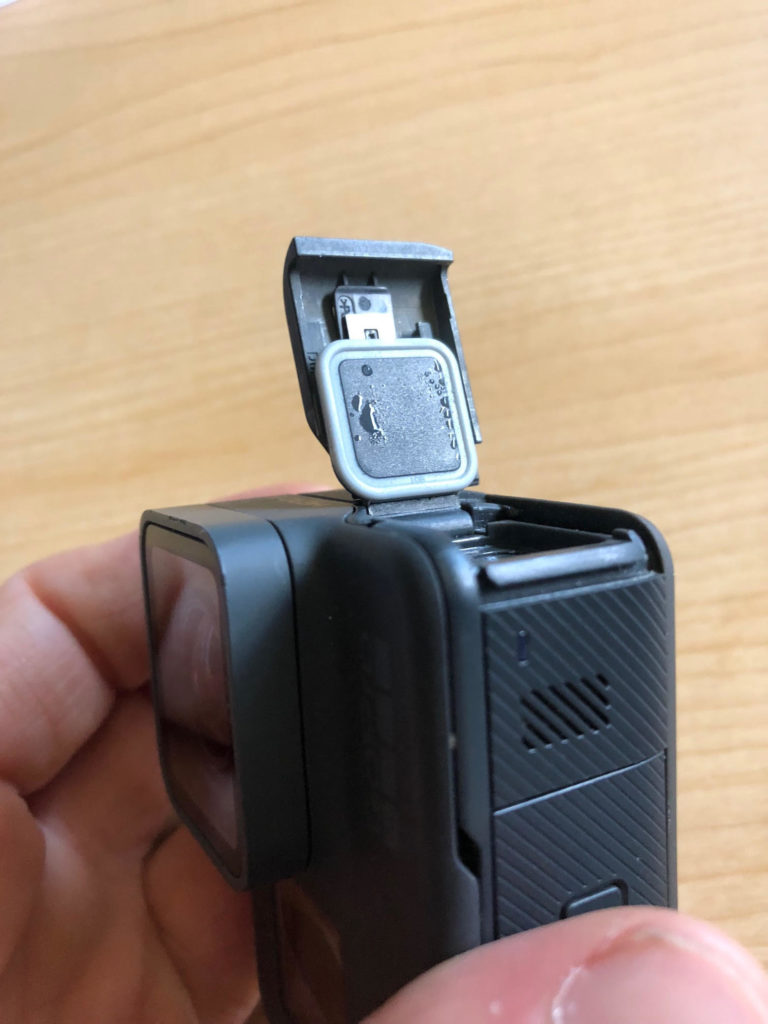 Please feel free to share this far and wide. I would hate for someone else to buy this device thinking it will be a great camera for snorkeling or other water sports and then ending up as disappointed and upset as I am.

To see my original “First Impressions” GoPro HERO5 Black review, click here.
Or you can search for all GoPro articles on my blog.

Update 7/24/18: After fussing a bit, I was offered a greater discount – 40% off a new camera, bringing the price down to $180. While certainly a more reasonable discount to replace an item that failed to live up to manufacturer’s claims, I still was not expecting to have to replace my GoPro after less than 2 years and don’t think I will buy another one at that price. Online, many other users have complained of similar issues with HERO5’s flooding, and a $180 is a lot to spend on a camera just because it’s small. I love the idea of having something I can use for swimming, snorkeling, and water sports without getting an expensive, dedicated underwater housing for my DSLR, but it’s clear that the HERO5 doesn’t fill that niche. Frankly GoPro should just market the HERO5 as splash resistant instead of waterproof and/or they should include the optional $50 waterproof dive housing with the camera; their failure to do so makes me distrust them as a company, and I’m not sure I want to buy and be disappointed by yet another one of their products.

I’ve asked GoPro to combine the 40% discount with the $50 off trade-in option, as I have an older generation GoPro that I never use and would happily trade in for a new device, and $130 is about what I feel comfortable paying when we already spent $400 on on Hero5 just a year-and-a-half ago. Unfortunately, GoPro won’t let me combine those discounts, so it looks like I’ll be GoPro-less for at least the near foreseeable future.

Additionally, after leaving my HERO5 in a bag of rice for more than a week, the device still won’t turn on or show any signs of life, and there is still a small(er) water bubble visible in the front LCD. Looks like that one is DEAD dead. RIP birthday GoPro. Thanks for all the memories and a handful fun photos along the way.